One of the first things I do when I receive a text to edit is ask the client which language variant they want to me to follow: American English or British English. When I return the text, some clients who chose British English then query why I have allowed words like recognize and categorize and not changed them to recognise or categorise. Isn’t that the American way?

Well, this is because, contrary to popular belief, the -ize ending is not in fact American! So my aim in this blog post is to debunk this myth and justify why I allow -ize verbs in texts that follow British English conventions. I’ll try and keep it simple and not delve too deeply into the grammar – there are plenty of websites for that! I want to try and keep this practical for my clients who write in English when it’s not their native language.

Not a case of American English vs British English

Yes, the Americans do use -ize, like organize, for example. But the -ize in words like these has Greek and Latin roots, and was actually used before -ise, which in turn comes from French. As French has influenced British English, the -ise form is more prevalent among Brits. Hence the common belief that organize = American English and organise = British English.

Most British newspapers, the BBC, the UK government, EU style guides, Cambridge University Press – these all advocate the -ise form. So it’s no surprise that most people who are not linguists automatically assume that organise, for example, is absolutely British English.

As I mentioned above, some verbs must always be in the -ise form, even in American English. This is often when they come from a French word and have no Greek/Latin -ize form. Below are some, but please note this is not an exhaustive list – I  just picked out some of the most common ones (for a longer list, see Oxford’s Lexico).

Of course, most of these would probably look strange to you, in fact downright wrong, if you saw them spelt with a z, for example, arize or revize, so fortunately this is something you needn’t worry too much about!

And then there’s those -yse verbs: I mentioned one already, analyse. Here’s some more:

In British English, even if you otherwise use -ize in your text, the above verbs always take an ‘s’.

Organize really can be British English

The Oxford English Dictionary recommends the -ize form but accepts -ise as an alternative. Oxford University Press publications use -ize. UN organizations use it too, for example, the World Health Organization. Many journals to which my clients submit articles ask writers to use British English with -ize spelling. So it really isn’t American and is perfectly acceptable in British English!

From the editor’s perspective

The problem that I often come across in the texts that I edit is that the writer has used BOTH -ise and -ize in the same text. If my client has informed me that they want American English, it’s easy, I accept/edit to recognize, realize and stigmatize, for example. They don’t question me, and everyone’s happy.

But, if they’ve accidentally used both, and want British English, how do I decide which form to use?

I quite honestly just go with what they’ve used the most often.

If they’ve used more -ize than -ise, I categorize.

If they’ve used more -ise than -ize, I organise.

But when I choose -ize for British English, I always feel I have to justify my choice, as the fact is that most people really do think it’s American English. In the worst-case scenario my client may think I’m careless or even incompetent! I’m hoping that this blog post will be something I can refer them to and help clarify the matter.

But although my aim was to clarify the issue and debunk the myth, you may at this point be feeling confused…

At the end of the day, the most important thing, as always in writing, is CONSISTENCY. Check that you haven’t written realize in the first paragraph of your text but written realise in the final section!

And then of course in the final stage, that’s what I’m for…it’s my job to catch the ones you missed!  🙂

Altexta offers editing services and translations from Finnish into English. I am a native English-speaker, brought up in Wales by a Finnish mother and Irish father. Thanks to mother’s determination, I’m fluent in Finnish. I have now lived in Finland for almost twenty-five years and have been editing and translating for fifteen. My areas of specialization are work life, occupational health and occupational safety.

I love my job!

In my blog, I hope to give non-native writers of English tips for writing good English, based on the problem areas I most often come across in my editing work. 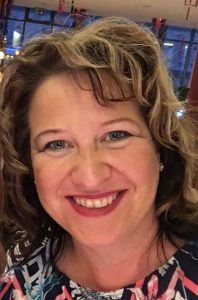