If you’re a client for whom I’ve done a lot of language editing, then my anti-passive voice obsession will not come as much of a surprise! Although I accept that in some instances the passive is preferable and even necessary in a text, in my 16 years or so of editing the English of Finnish writers’ academic/scientific articles I’ve seen so much of the passive that I admit to having become slightly allergic to it.

Louder in Finnish than in English

The problem is that you can’t really fairly compare the use of the passive voice in Finnish to its use in English. Whereas it’s less common in spoken English, there’s nothing really strange about using it in spoken Finnish; it doesn’t sound archaic or stiff in the way it tends to in English (although yes, I admit, that may be a bit of a sweeping statement).

Let me give you an example:

Literal translation, using the passive: A lot of coffee is drunk in Finland.

In English it would be more natural to say: They drink a lot of coffee in Finland.

In Finnish, the passive is sometimes called the ‘fourth person’. In informal spoken Finnish, it’s often used as the we-form of the verb, and in suggestions such as ‘Mennään!’ = ‘Let’s go!’.

Turning up the volume of the active voice

My point is that the passive voice is more common in Finnish than in English: the active isn’t the default voice, as I think it’s safe to say it is in English. Finns are accustomed to the passive and use it liberally.

So, it’s completely understandable that they use it in their writing too. This, coupled with the old-fashioned idea that it somehow sounds more sophisticated (the more complicated you can make it sound, the more credibility you think you have as an expert in the topic), and the belief that in science one must always be neutral and objective, leads to a tendency among Finns to overuse the passive in writing.

But in the last decade or so, due to the call for more transparency in research, many journals have started recommending a move away from the passive voice in the language scientific articles. Among these journals are prestigious names such as the British Medical Journal (BMJ), Science, and Nature. Even some guidelines, such as the American Medical Association Manual of Style have jumped on the bandwagon. The use of ‘I’ and ‘we’ in academic writing is becoming more acceptable.

Outside the world of science and research, the effective campaigning of the Plain Language movement has also led to many governmental documents being written in the active voice, moving away from administrative and bureaucratic jargon. The Social Insurance Institution of Finland (KELA) has been exemplary in this respect, and has led the way in promoting the use of Easy/Plain Language. For more on this, see KELA/Plain language.

Battle of the voices

So why does the use of the passive voice still stir such emotions and continue to be the subject of such heated debates?

Its supporters claim that it promotes objectivity, which is crucial in the sciences. The result of the action is usually far more important than the ‘agent’ (the ‘doer’ of the verb’s action). Using the passive enables not even mentioning the agent. The focus in science is on what is done rather than on who did it. Well yes, this is true.

Its supporters also believe that personal pronouns such as ‘I’ and ‘we’ are too casual, too unprofessional and inappropriate for academic writing. However, I can’t help but feel that the most prominent argument for advocating the use of the passive voice is that ‘it’s the right way to do it because it’s always been done so’. I’ve often noticed that being ‘for or against’ the passive seems to depend on age or generation – Finns were certainly strictly taught to use the passive in the past. I once had a client who, despite my justifications (which I still believe were well grounded!) insisted that we change all the passives I had made active in their article back into the passive. And so we did. It was the client’s paper after all, not mine!

Some use of the passive in a text is justifiable, but a text that is full of passive constructions quite simply makes the work of the reader more difficult. The passive uses more words than the active; sentences become unnecessarily long (and word count is often a crucial factor in articles). Too much of the passive can also make the tone of the text heavy, dull and uninteresting.

‘Activating’ the passive is not actually very difficult. And you don’t always have to use ‘I’ or ‘we’ – this is definitely not the only option! Below are some examples of how you can ‘lighten’ your writing and help your reader more effortlessly access your main message.

Below are some examples of how to switch the passive to the active voice:

However, having pleaded my case for favouring the active voice over the passive, I admit there are times when I do think the passive has its place. Here are some examples.

(Here, the passive voice is our focus, not who uses it).

(Who mixed it is irrelevant)

(We don’t know what or who kills them)

(But I’m not telling you who made them)

And the winner is…?

My aim here has not been to portray the passive as ‘bad’ and the active as ‘good’. I don’t want to outlaw the passive! What I hope I’ve done is to explain why I feel that overusing the passive may require more effort from the reader than is necessary, and may make a text drier than it needs to be.

My advice to Finnish writers of academic texts in English is to try to become aware of over-using the passive. This is the first, essential step. Most writers are’nt aware they’re doing it. Once you realise that you have too many passives in your writing, you can easily remedy it. I still maintain that the active voice, for the most part, makes a text more direct, specific, clear, and dynamic.

And after all, who doesn’t want their paper to be easily readable and their message accessible? 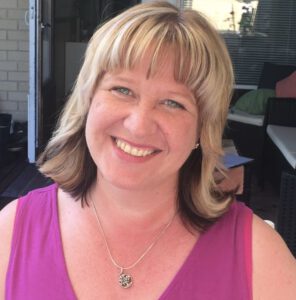